Zofia is a duchess lady who made great efforts to create an Evangelical parish in Peace. Her husband, Prince Carl Christiani von Württemberg, entrusted the design of the temple to Georg Wilhelm Schirrmeistr, an architect who was also the author of the now defunct brick ducal palace in Peace.

The cornerstone was laid here in 1765. On this occasion, a service was held in Polish and German. The construction was supervised by the master bricklayer Döring and the carpenter Joachim Krummeno. And the temple was consecrated in August 1775. A cemetery was established nearby. There is, among other things, a particularly valuable, neoclassical sandstone tomb, erected for the local forest inspector Henryk von Burgsdorf, who died in 1806. It shows a life-size woman who is leaning on a pedestal with an urn, with a portrait of the deceased.

The church has a uniform, rococo form, layout and interior design. If you look at the solid horizontally, it has an oval shape. Four outbuildings are square and each has a separate entrance. The whole thing is completed by a tower topped with a dome and a sand clock.

The sculptures next to the church were unveiled in 2010 and 2012. He is the geographer, geologist and cartographer Ferdinand von Richthofen and the aforementioned composer Carl Maria von Weber. 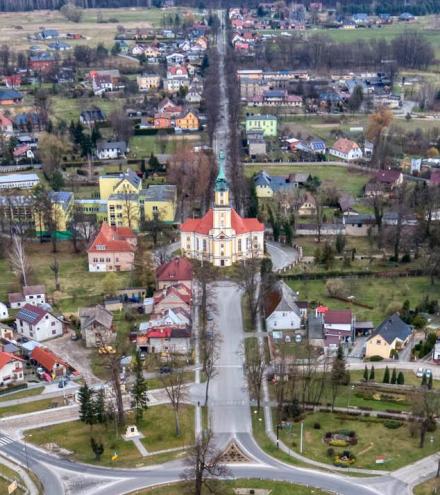 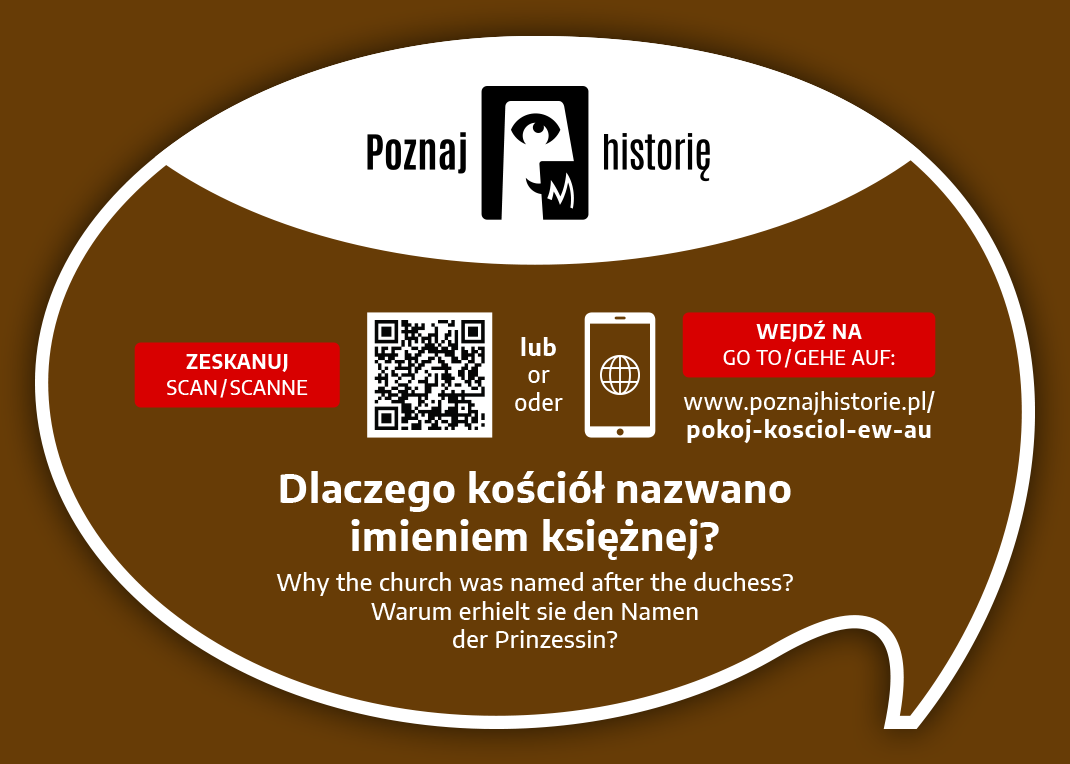