The post-Bernardine church of the Blessed Virgin Mary is the oldest in Gołańcza. This architectural gem is the only remnant of the former monastery complex.

It was built around 1500 in the Gothic style. Its reconstruction, or rather expansion, was started around 1652 by Jan Wojciech Smogulecki, known as Olbracht. However, these works were interrupted by the Swedish invasion. The reconstruction was completed in the years 1695 - 1700 by another heir, Marcin Smogulecki.

In 1739, during a fire, the first floor and the tower of the monastery burned down. After this fire, the then owner of Gołańcza, Marianna Malechowska, rebuilt the tower. By the way, on the south side, she built the chapel of the Virgin Mary. The second chapel, on the north side, was added a dozen or so years later, in 1752, by Piotr Raczyński from Białośliwia. And thanks to these two investments, the church was given the shape of a cross. 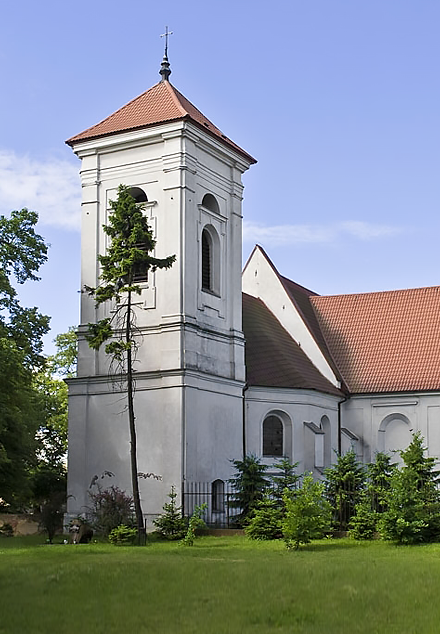