Situated in the north-eastern part of the city, within the medieval urban layout, the Evangelical church is one of the two historic churches in Grodków. The construction of the Protestant church began in 1845 and was consecrated two years later.

Protestants appeared in these lands much later than the Catholics. These were the times of the Reformation of the 16th century. The very Evangelical community in Grodków was established only in 1773. The followers of this faction of Christianity did not have their own church for a long time. They celebrated their services first at the bishop's court, then in the vestibule of the town hall. The first Protestant church was built here in 1776. It was there, inter alia, baptized the most prominent inhabitant of Grodków - the composer and teacher of Chopin, Józef Elsner.

The building was built of brick on a foundation made of broken stone. The church is oriented and has three naves. On the west side there is a five-storey tower embedded in the body of the church, creating a slightly protruding projection in the facade. The main part of the main altar is a large cross. Also noteworthy are the pulpit, chancel and the inscription in the vestibule of the church: "God is our strong fortress". A drawing above one of the passages in the church has also been preserved. It most likely depicts a swan, who was identified with Martin Luther - an Evangelical reformer. 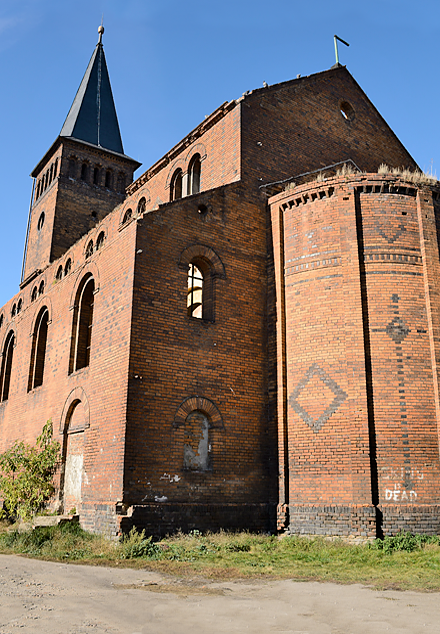