Its oldest fragments come from the reign of the Opole Piasts. Today, the Opole cathedral is the most important temple of the Opole diocese and a recognizable symbol of the city.

According to tradition, the first church was to be built here at the time of the later Polish king Bolesław the Brave in the years 1002-1005. In 1024, the Bishop of Wrocław, Klemens, was to hand over to this church an extremely valuable thing, kept here until today: relics of the Holy Cross Tree, brought to Wrocław by Saint Emeryk, son of the Hungarian King Saint Stephen.
According to another historical version, these relics were brought to Opole from the Crusade by Prince Kazimierz Opolski. The same one who in 1217 made the location of the city. One thing is certain - these relics went to the Opole temple and are kept in it for nearly a thousand years, until today. The possession of the relics significantly raised the rank of the temple and the Opole castle. This fact was so important for the city that it had an impact on the creation of the coat of arms. Its creators combined the Piast eagle with half of the Holy Cross.
Around 1232, a collegiate chapter was established at the Opole church, thus the church became a collegiate church. This also meant that in the mid-thirteenth century there was a need to build a larger temple. The expansion was completed thanks to the generosity of Prince Bolesław I in 1295. It was built in the style of the late Romanesque basilica.
It was during the time of Prince Jan Good that the church was rebuilt and rebuilt into the late Gothic style. Then two side naves were expanded, leveling them in length with the presbytery. Side chapels from the north and south were added to the body of the cathedral.
it is a three-nave temple. It is 60 meters long and 26 meters wide. When you get inside, be sure to pay attention to its beautiful vault, the main altar, an ancient stone baptismal font - the oldest monument in the temple and the wonderful image of the Mother of God of Opole, crowned in 1983 by John Paul II.
The bronze gates of the temple are also noteworthy. They were founded in 1997, on the thousandth anniversary of the death of Saint. Wojciech and on the occasion of the 700th anniversary of the parish. They show biblical characters and those that are the history of the church, Poland and the city. 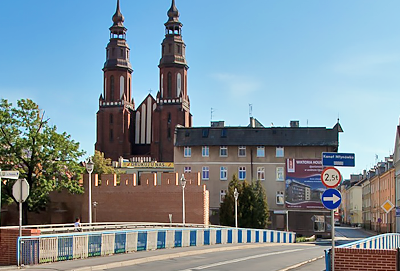 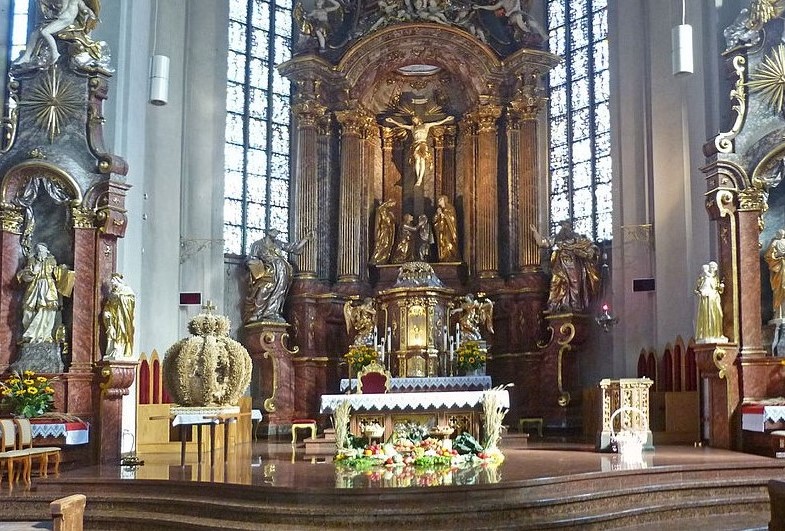 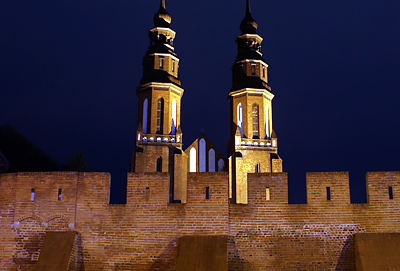