Built in the mid-fourteenth century next to the now defunct Wrocław Gate. Built of brick in the Polish layout, plastered, it was part of the impressive defensive complex of the city. The walls made of erratic stone began to be built in the years 1296-1301.

In 1428, after the Hussite invasion, the walls were strengthened and roofed porches for shooters were added in their crown. The fortification of Grodków has been strengthened over the years. The evolution of the fortifications can be seen with the naked eye. The defensive walls in the lower storey, up to about 4 meters high, were made of field stone, while the upper storey was made of brick.

From its inception to the mid-18th century, the city council managed the prison gate. In June 1747, Frantz Fiedler bought it from the city. He, too, for an appropriate salary of 13 thalers a year, began to manage the prison. In 1857, a new prison was built in Grodków, and the city authorities resigned from the services of the tower. Its owner at that time received a severance pay of 300 thalers for ceasing his activity.

A little earlier, however, the walls that interfered with the functioning of the rapidly growing city began to be partially dismantled. The Nysa and Wrocław Gates were demolished. The other two and this prison gate were fortunately decided to keep due to the high historical value. 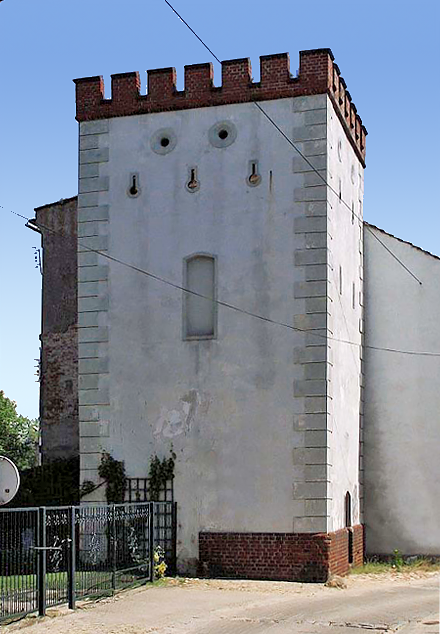