The chapel was built at the turn of the 15th and 16th centuries. It was originally called the "Chapel of the Holy Trinity". In its center there is a stone sarcophagus of Prince Jan Good, who died on March 27, 1532 - the last Piast in Opole.

John the Good rested in a lead casket with the princely insignia: sword and blue-yellow banner of the Opole principality. Above the burial ground, thanks to the efforts of Count Johann von Oppersdorff, a tombstone was made. Tumba was covered with a red marble slab, and the coat of arms of the Opole Piasts was placed on the Renaissance epitaph. It also has an inscription in Latin, which in Polish means: "On March 27, 1532, the great and famous prince Jan, the last Silesian prince in Opole, Głogówek and Racibórz died, very pious and generous towards God and people. Amen".
The chapel also has a sizable baroque, 18th century painting depicting the Piast family tree. According to recent findings, this is the work of Johann Christoph Lischka from 1711. Not only the names and coat of arms of subsequent princes were placed on it, but also their characters. The family tree depicts the connections of the Opole Piasts with Polish rulers, ranging from the legendary princes Popiel, Siemowit, Leszek and Siemomysła, through the historical rulers of Poland Mieszko and Bolesław the Brave, and ending with the already mentioned Opole prince Jan Good.
Also noteworthy is the late Gothic triptych from Kostów from 1519, located in the chapel. In its central part there are three female figures: Mother of God with the Child in her arms, and next to her saints Barbara and Katarzyna. On the wings of the triptych Saint. John the Baptist and Saint. John the Evangelist, and after its closing appear figures of saints Peter and Paul. 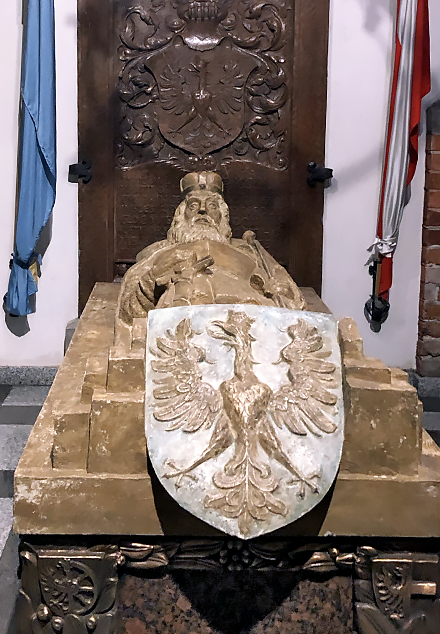 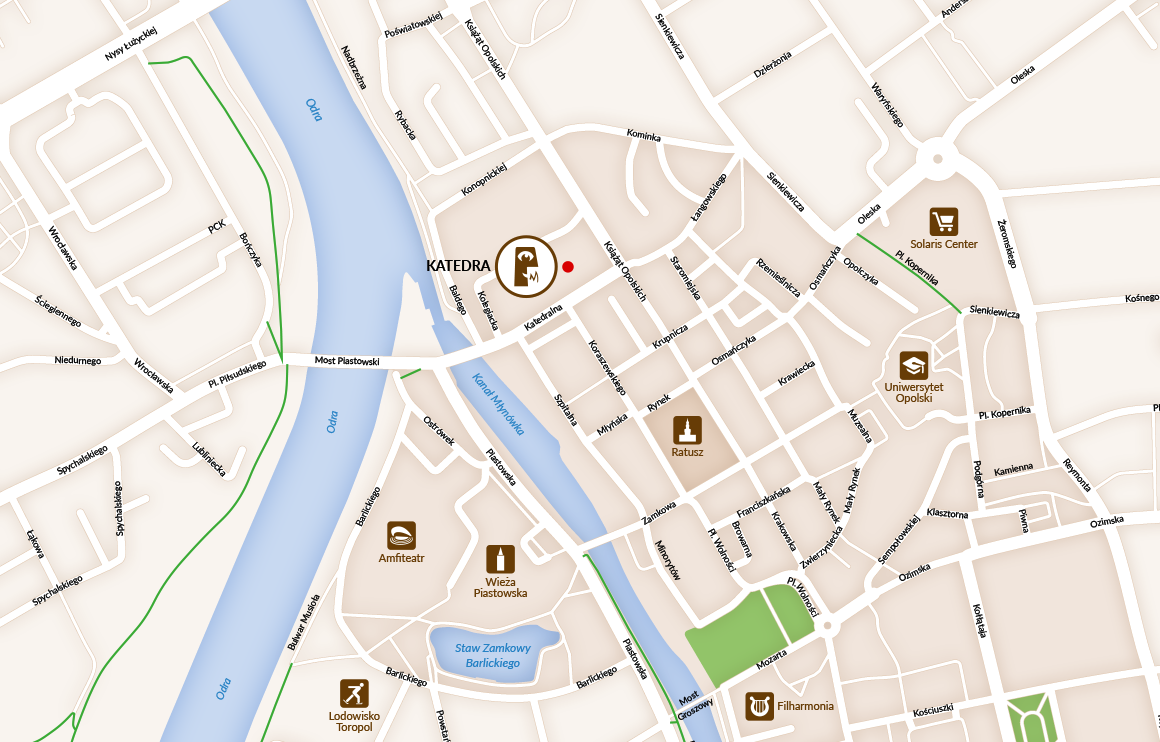