MONUMENT OF ST. JOHN OF NEPOMUK

Why? The story of his life will answer this question…

This character is accompanied by many legends and symbols. Born in 1350 in the Czech Nepomuk, the presbyter was a canon in the cathedral of St. Vitus, Wenceslas and Adalbert in Prague's Hradcany. He was also the confessor of Queen Sofia of Bavaria. However, he fell out of favor with her husband, the King of Bohemia, Wenceslas IV. According to one of the accounts - because he did not want to reveal the secret of the queen's confession. And this was what the king, who suspected her of unfaithfulness, demanded. According to another - because he approved the abbot of one of the monasteries against the will of the king.

John of Nepomuk was beatified in 1721 by Pope Innocent XIII and canonized on March 19, 1729 by Benedict XIII. The Catholic Church celebrates his liturgical memorial on May 21. Many monuments commemorate him - also in Strzelin.

The sculpture in our city is characteristic: it shows a saint in priestly robes, with a biretta on his head and with his arms unusually crossed on his chest. Until the end of World War II, it stood in the market square of Strzelin, at the south-west corner of the town hall, on a narrowing, ornate pedestal. Nepomuk was placed under a curved roof attached to the wall. The whole was complemented by an angel and a large star. The saint also held a cross, which was lost after the war.

The turmoil of the war did not spare Strzelin ... From the end of March 1945, the city was an area of fierce fighting between the German and Soviet armies. The Soviets used, inter alia, the "Katyusha" rocket launcher. The city was destroyed in 85 percent and on April 17, 1945 taken over by the Russians. Among other things, the town hall was destroyed, and the figure of Saint John of Nepomuk was damaged along with it.

However, the statue of the saint stood at the former town hall until it was demolished in the 1960s. Then the statue was taken by the then pastor of the Exaltation of the Holy Cross parish. For quite a long time, however, it lay behind the church wall, from the side of St. Florian Street. After taking over the church on Staromiejska Street from the Czech Brothers and its renovation, John of Nepomuk’s monument was placed at the entrance. And it stands here to this day, hearing the prayers of those who seek discretion, peace and truth… 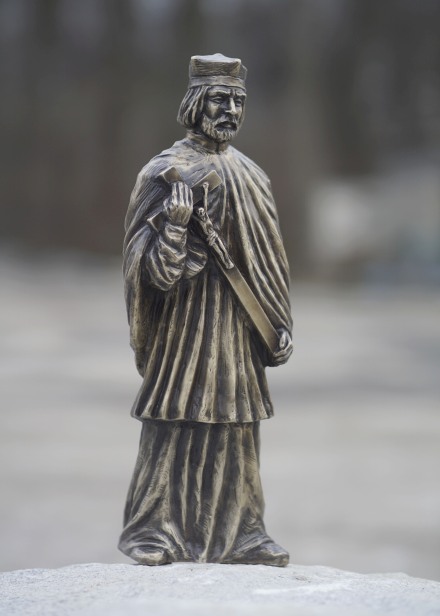 MONUMENT OF ST. JOHN OF NEPOMUK 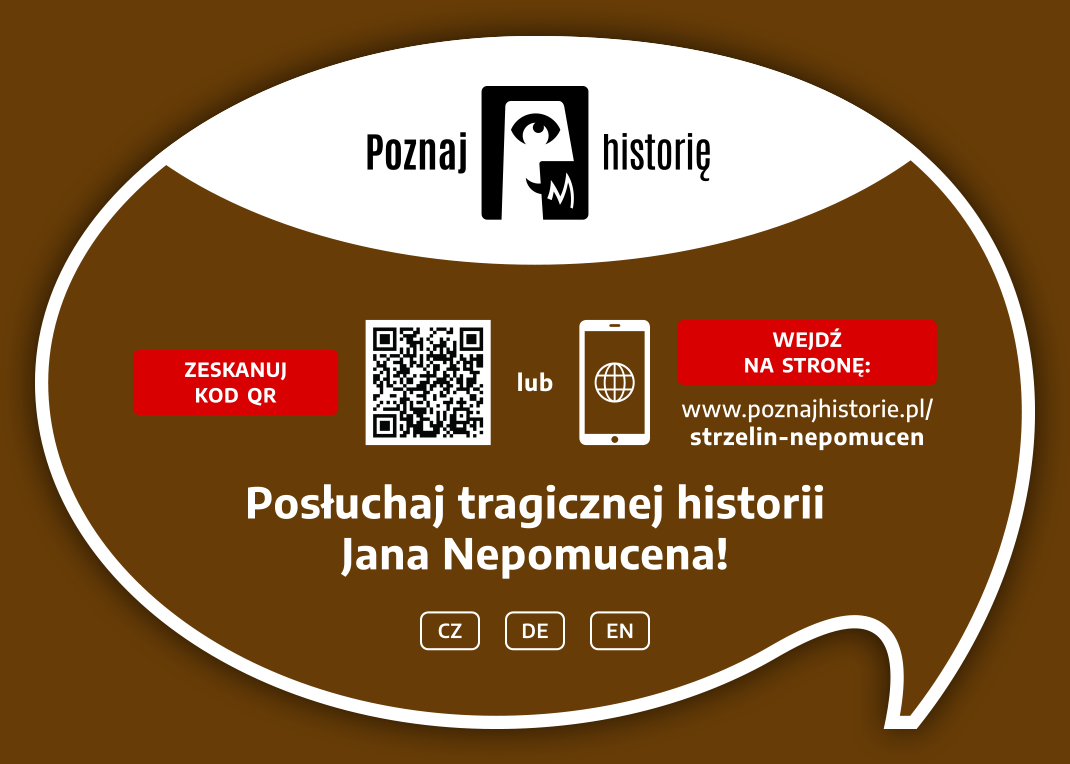