The attraction of Śródmieście Kędzierzyn-Koźle is a monument commemorating the local railwaymen and railways, thanks to which at the turn of the 19th and 20th centuries a huge development of the city took place. The Opole - Gliwice railway line, on which the station in Kędzierzyn was located, was opened in 1845.

A year later, the railway line connected Kędzierzyn with nearby Racibórz, and in the years 1875–1876 - with Nysa. In 1915 a new railway station was built in Kędzierzyn, and in the following years also a steam engine house - one of the most modern in Europe. In this way, Kędzierzyn became a city of railway and water transport workers, which significantly accelerated its development. The steam locomotive, which today commemorates those times, is a historic locomotive made of steel and cast iron in 1943. It is almost 23 meters long and almost 4.5 meters high. He had 1070 horsepower and could ride at a maximum speed of 80 kilometers per hour. The era of steam in the Polish railway definitely ended in the early 1990s. Today, every existing steam locomotive is a cultural asset. The Kędzierzyn locomotive - renewed, sandblasted, painted anew, is the last preserved from the TY - 2 series. Today it is witnessing the history of Kędzierzyn's development and Polish railways. 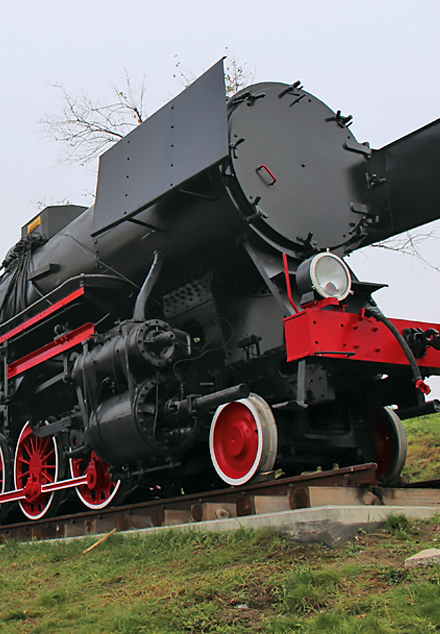