This is the only wooden building in the Zawadzkie commune. The historic cottage was probably during the plague that hit Kielcza in 1832.

It was built on a solid foundation, in a ridge location typical of rural architecture from the beginning of the 19th century, i.e. a road front. Entrances from the front and back led to the entrance hall. A residential attic was built into the roof structure.
At first, the chalet served as a hospital, then presbytery was probably located here. At the turn of the century, the building often changed owners. In 1901 he was handed over to a well-known activist, a Polish deputy to the Prussian parliament, Fr. Józef Wajda. The priest then sold it to carpenter Franz Stuchlik. In 1924, the new owner allocated a part of the building to a carpentry workshop. Currently, the owner of the wooden object is the Museum of the Opole Village in Opole.
Time severely damaged the building, therefore at the end of the 20th renovation work began. Only the outer, wooden walls, beams of the roof and chimney are left of the authentic cottage today.
Currently, the cottage has a museum part about the Opole village. There is also a library here, which collects books and publications in German, as well as a room where meetings of residents and concerts take place. 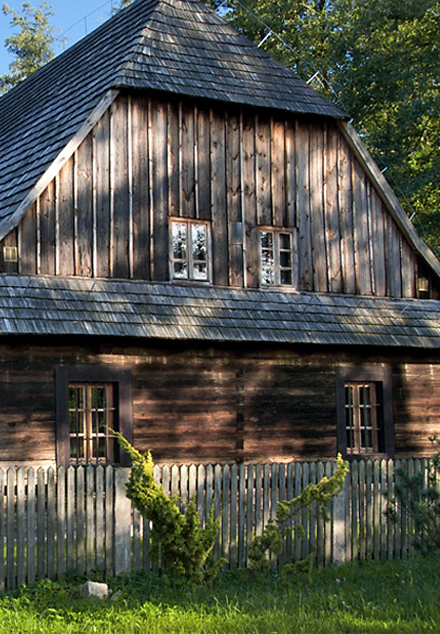